What is DR10 car Insurance?

For those who do not know the reason for DR10 car insurance that is a good thing. This is the type of insurance necessary for those that have been caught driving while under the influence of alcohol over the legal limit and convicted of drink driving in a UK court.

DR10 car insurance is difficult to fiund as many providers refuse to even quote for high risk drivers. We can help by prodinf you multiple quotes from a seect panel of uk convicted car insurance providers

Is it possible to get vehicle insurance with a DR10 endorsement on my driver’s license?

Yes, it is possible to take out a vehicle insurance policy after a person has been convicted of operating a vehicle with an alcohol level above the legal limit, but there are consequences to having this type of endorsement on your record. The most notable is that vehicle insurance premiums will be higher. The higher costs are due to the assessment by the insurance companies that these drivers are now classified as high risk.

Do I have to declare I have a DR10 endorsement on my license?

Yes, buy law if you have a DR10 endorsement on your driver’s license you must declare it to an insurance company for 5 years from the date the courts convicted you. Failure to do so will null and void any insurance policy you have and no claims will be honoured. 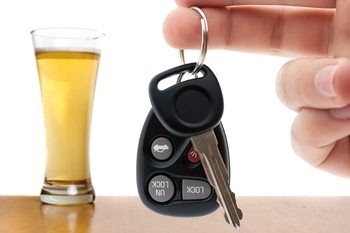 After 5 years from the date of the conviction, not the arrest, the DR10 endorsement no longer has to be declared when taking out a vehicle insurance policy. What has to be understood is that a conviction of drink driving offence is a criminal conviction. This conviction will remain on your criminal record for 11 years.

Are all DR10 endorsements considered the same by insurance companies?

No, each one is reviewed individually by the insurance companies where a policy is being requested. During the review, the agents will look at the conviction including the number of points placed on the person’s driver’s license. The pointed accumulated for just one drink driving conviction is from 3 to 11. The 3 point level is the least sever that can be tacked onto a person’s license while 11 is the maximum. The higher the number, the increased level of risk is associated with covering the driver with insurance.

Does a DR10 endorsement affect anything else other than my vehicle insurance rate?

Yes, it can. There are many jobs and careers that can’t be pursued once a criminal conviction is on a person’s record. These paths include but not limited to teaching, bus driver’s law enforcement and many others.

What has to be understood is that when applying for a job, the DR10 must be disclosed for 11 years from the date of the conviction. Failure to do so can lead to dismissal of employment.

To be legal on the road in the UK behind the wheel of a vehicle requires a valid driver’s license. For those looking for DR10 insurance, the price of operating a vehicle has become more expensive due to the increased risk you pose. The only legal alternative is to take public transportation.

Finding cheap DR10 insurance is next to impossible. The best you cn do is copare as many providers of DR10 Car insurance and find one that meets your driving requirements and is within your budget.

Take note failure to disclose any and all convictions will invalidate your licence and is in addition put you in breach of the UK law. If stopped you will face a driving ban and you will find it next to impossible to get convicted car driving insurance in the future.